QQ all scooters and Bikes

The origins of the electric scooter

The invention of the scooter dates back to early 20th century and many have been changes and improvements over time.

In the past it is true that conceived as infant toy, being wood until 1960 and with 3 wheels of rubber, one front and two behind, driven by the foot of the user. But from this moment they start to contemplate other uses and, especially, is beginning to understand that they are perfect for adult activities.

1980 was the year that scooters started to be made with lightweight materials, such as aluminum, and wheels, and two, with synthetic materials.

The 90s was a revolutionary Decade for the evolution of skateboard. In 1994 came the so-called sports scooters Freestyle Scooter designed to perform stunts. It came also and that was considered a breakthrough, folding scooters. Another conception of the use of this vehicle was about to be born, destined to be a means of transport of first line. Now it was easy to transport and they could be inserted discreetly in public transportation.

Later versions of scooters driven by a fossil-fuel engine would be developed but this was nothing more than an essay to the current Electric Scooter with lithium battery. We are talking about a design and almost futuristic performance. Ecological, economic and safe to move nimbly around the cities as we conceive them today. A vehicle that, through a century, went from being a game for children to a special transport medium.

Decades ago that it is conceived as a means of transport, but today it is at its best in terms of quality and performance. Nevertheless, the number of shops is not at the height of the good time that passes through this wonderful invention that is here to stay.

From QQ Bikes by Malaga and MarbellaWe work tirelessly to be benchmark in the sale and rental of this and other ecological means of transport and last generation. And we do it with the absolute conviction that we are rising to the train of history of locomotion.

We want a better, more sustainable world and in which the care of nature and those who inhabit it is our main objective, so our main concern is the respect for the environmentaim more and more widespread in the times in which they live and of which we are very proud. So electric scooters, Segway, traditional bicycles and electric bicycles Moustache with engines Boschso organic as powerful, is what we rent and sell.

Our sales are also characterized by a personalized servicea professional advice and a few affordable and competitive prices. And how it could be otherwise, our offer is complete and seamless with a expert technical service in the sector which will make more efficient and long life of the vehicle purchased.

Now we are lucky, there is at last a professional directory in Spain where browse and search the physical sale, rental or repair of vehicles through specialized stores and related portals. With All scooters You can find scooters store nearest to your home. Of course QQ Bikes in the list of partner stores of All scooters and offers them, for example, the possibility of testing a scooter before you buy it, as well as having people prepared to talk to people, to advise and dilute any doubt about the vehicle which are interested for that when someone purchases is a Electric Scooter do so convinced of that is buying the best.

In addition QQ Bikes and Segway Malaga Experience they have their headquarters in the Muelle Uno Commercial Centre the port of Málaga in the Puerto Deportivo de Marbella and in those spaces are offered interesting routes guided by Malaga and Marbella. Tours in Segway, bicycle or electric skateboard that turn into unique experiences.

We have everything related with the scooters and other electric vehicles, so we wanted to be part of All scootersgo even further, to come to you. 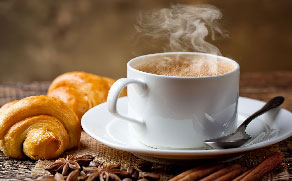